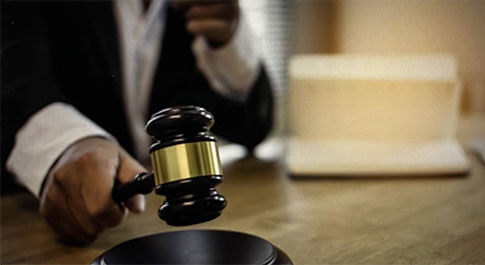 Under Article 13 of the Rome Statute, the ICC has jurisdiction if:

(a) A situation in which one or more of such crimes appears to have been committed is referred to the Prosecutor by a State Party in accordance with article 14;

(b) A situation in which one or more of such crimes appears to have been committed is referred to the Prosecutor by the Security Council acting under Chapter VII of the Charter of the United Nations; or

(c) The Prosecutor has initiated an investigation in respect of such a crime in accordance with article 15. 23

Certain Member States of the African Union have been vocal about how, when and why ICC has jurisdiction. This is reflected partly in the January 30, 2017 resolution adopted by the AU, calling for mass withdrawal from the ICC by its African Members, and the individual threats to withdraw from the ICC by such States as Uganda and Kenya as well as submission of actual notices of withdrawal from the Court by Burundi, South Africa and Gambia.24 Though actual withdrawal is not universally subscribed to by all African ICC member States or civil so- ciety, 14the chorus of discontent is widely expressed in Africa as a protest against what, on the face of it, appears to be ICC’s predilection for only investigating cases in the African continent. At the same time, some members of African civil society, including NGOs in South Africa and Kenya have spoken in support of the ICC. They have urged their countries to cooperate with the ICC and reaffirmed the need for the Court in Africa. However, as has been raised by others, including Obiora Chinedu Okafor and Uchechukwu Ngwaba “one can support the ICC and still argue that it should not be in a kind of geo-stationary orbit above only Africa.” Although the tensions between the Court and the African Union are complex, one reason that is often cited as a cause for the discord is whether Heads of State enjoy immunity from arrest on an ICC warrant. South Africa’s Executive branch decided to withdraw from the ICC mainly due to the conflicting interpretations of Article 98 of the ICC Statute, and the controversy that arose when it failed to arrest President Al-Bashir while he was in South Africa to attend an AU meeting in 2015. See: Engendered Discontent: The International Criminal Court in Africa. By Francis M. Ssekandi and Netsanet Tesfay (Article under “E”)

THE ICC TRIAL JUDGMENT IN THE CASE OF DOMINIC ONGWEN.

ICC Judgment in the trial of the Uganda Child Soldier Dominic Ongwen. Dominic Ongwen was captured by the LRA, insurgent military organization that terrorized Norther Uganda since 1987 and still remains at large elsewhere in Africa. Ongwen was 9 years old when he was captured and remained under the control of the LRA until he escaped. He was arrested and put on trial by the ICC. Summarizing the case agains Ongwen the court stated “This case concerns crimes against humanity and war crimes which took place in

northern Uganda between 1 July 2002 and 31 December 2005. During the course of this trial, the Chamber has heard, from a large number of witnesses, terrible accounts of these events and the extreme suffering that the civilian population of northern Uganda experienced during this time. However, the Lord’s Resistance Army, the. LRA, has been active since the 1980s and the conflict in northern Uganda has spanned four decades. This case has therefore also shed light on the history of northern Uganda in the past decades and on the suffering of its people during the conflict. The LRA pursued an armed rebellion against the government of Uganda. The leader of the LRA, Joseph Kony and his key  commanders remain at large. The key issue not adequately  addressed at the trial is the extent to which Ongwen as a Ugandan could benefit to defenses available to him under the Uganda Criminal Law, such as Diminished Responsibility under Section 194 of the Uganda Penal Code Act. Diminished Responsibility is distinguishable from the defense of Insanity. Section 188A (1) of the PCA provides: “

“188A (1) where a person is found guilty of the murder or of being a party to the murder of another and the court is satisfied that he was suffering from such abnormality of mind (Whether arising from a condition of arrested or retarded development of mind, or any inherent causes or induced by disease or injury) as substantially impaired his mental responsibility for his acts and omissions in doing or being a party to the murder, the court shall make a special finding to the effect that the accused was guilty of murder but with diminished responsibility.” Captured at age 9 and brought up under the cruel and murderous regime of Joseph Kony, Ongwen was as much a victim than a perpetrator which brings into question whether in those circumstances he had the capacity to form the requisite mens rea to commit the crimes brought against him. This matter may be critical on forthcoming appeal.